Leave the toilet seat up or down: Answered! 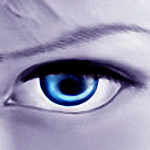 It’s an argument that has torn families apart since the invention of indoor plumbing — should the toilet seat stay up or down after you’ve used it? Men usually need it up, women always need it down, and since it takes approximately zero effort to raise or lower the seat, it’s clearly the principle of the thing that matters. So why not just have science give us an objective answer?

That turned out to be harder than it sounds, but researcher Jay Pil Choi did the work and came up with a complex equation to solve the issue: 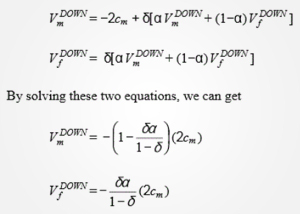 Via Msu.edu
See, that’s what we’ve been saying all along, but nobody ever listens to us.

OK, that probably needs a little explanation for anyone who isn’t Good Will Hunting. Choi’s formula assumes first of all that the same toilet is being used by both males and females throughout the course of the day. If not, why the hell would you be having trouble with this?

Now, we’re going to assume that if you’re old enough to read this sentence, you know that both men and women need to sit to poop, but only women need to sit to do Number 1. That means that if you leave the seat up permanently, both men and women are inconvenienced, but if it’s always down, only men are. So you might figure that it’s best to just leave the seat down and the dudes can deal with it as needed, which is what the ladies have been saying all along. 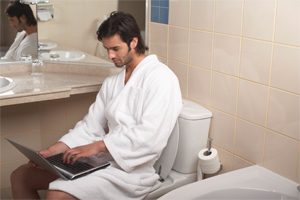 Especially if they’re so dumb that they regularly shit all over their white robe.

But Choi’s conclusions are more complicated, even if he’s already put more thought into this than anyone in history by two paragraphs ago. As it’s estimated that we each defecate once per day and urinate seven times a day on average, what we need here are graphs. So many graphs. 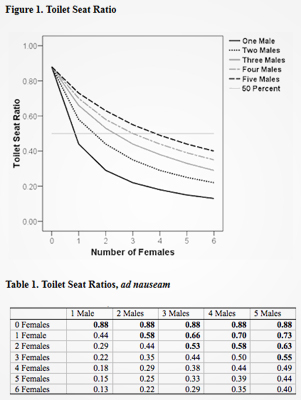 Via Scq.ubc.ca
There is no excuse for not using little poop icons on that graph.

Basically, if the number of ladies in the house is equal to or greater than the number of dudes, the seat stays down, period. To make keeping the seat up worthwhile, men have to outnumber women by a certain ratio. For example, in a house with four guys, they only get to keep the seat up when there are two or fewer girls; for five guys, three or fewer girls (if you start adding in variables such as multiple bathrooms and proximity of bathrooms to males and females, then you’d need some kind of supercomputer to figure it out).

So there you go. Now we just need them to tell us which way we should hang the toilet paper roll and our relationships will be smooth sailing. 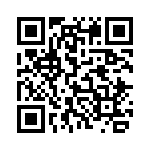